Between the Sky and the Earth exhibition at Middle East Institute, USA, was curated by Munira Al Sayegh.

Dirwaza Curatorial Lab, the Abu Dhabi-based creative incubator and projects partner founded by curator Munira Al Sayegh, has launched its Microfund for creatives based in the UAE, inviting creative practitioners in the UAE to apply for its inaugural Microfund, from May 1. The platform has curated multiple exhibitions, including Zemanna – Replaying the 90s (Manarat Al Saadiyat, closing June 13) and the NYU Abu Dhabi Master of Fine Arts Year One exhibition (opening May 21). Other projects include an upcoming publication with an extensive discussion of the 90s and a bilingual interactive glossary for the creative community in the UAE.

Co-curated by Dirwaza Curatorial Lab with independent Dubai-based curator Sarah Daher, the Microfund is designed to support the art ecosystem with homegrown, multi-disciplinary and collective efforts, while focusing on community-led research. “We are looking for the curious,” says Al Sayegh. “Curiosity sits at the core of the Dirwaza Incubator and the Microfund initiative within it, and can be generated into research, whether in its first steps, middle steps, or closing steps.”

The Microfund encourages creatives at large to think cyclically and in throughlines, so that curatorial practice as well as artistic practice has a beginning, a theme, a particular exploration, and the right to a conceptual framework. The collaboration on the Microfund with Daher includes outreach, application reviews and mentorship, to selected participants. The joint effort gives Dirwaza and Daher a framework to generate research in the long run and foster collaborations between different thinkers across the Emirates.

Together, the hosts are questioning what a curatorial space actually is; so they are open to seeing people who are working outside of the curatorial sphere, come in and generate questions as well as add new terms and language to conversations.

Zemanna is a visual exploration of reinterpreted memories from the 1990s in Abu Dhabi – dissecting, reflecting and responding to a time of change, flux and expansion. In the exhibition, artists were commissioned to present nine interactive installations that address the remnants of the 1990s and how they have contributed to the present. Installations reflect the vibrancy and density of this period of the past, showcasing the surfacing of a community undergoing rapid transformation. Set within a multi-room experience, it highlights key characteristics of that time such as the Volcano Fountain, the re-rooting of migrating families into the UAE, and the role of pop culture, media, and play. The exhibition is curated by Al Sayegh. 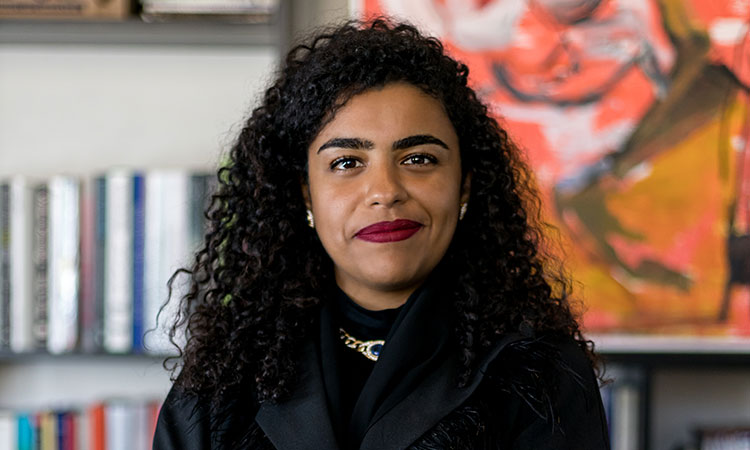 Five students will be presenting their pieces at Warehouse421 from May 21, extending through the summer of 2022. The exhibition is an initiative by the NYU Abu Dhabi MFA Program and is curated by Dirwaza Curatorial Lab.

In addition to the programs and exhibitions, Dirwaza Lab will also launch an original publication in collaboration with Manarat Al Saadiyat, responding to the 90s and the Zemanna exhibition. It will feature a series of original writings, set to release this month. Interactive Glossary: ​​Summer 2022 is Dirwaza’s summer project that includes an online interactive glossary, where creatives, curators and researchers can submit a word they use or observe in their practices, along with their definition that is specific to the contexts they experienced it in.

The glossary will be available in Arabic and English as well as the languages ​​spoken by neighboring regions and their diasporas in the Gulf.

She is also co-founder of Engage101, a collecting and research platform. She is a published author and prominent voice in the region, discussing the importance of non-institutional thinking to build regional art movements from the bottom-up.

Among her contributions, she traces back to NYU Abu Dhabi’s FIND project (2012) and currently sits on the advisory board for the university’s The NYUAD Art Gallery. She is also part of the UAE Ministry of Culture Visual Arts Committee as well as Dubai Collection’s Steering and Curatorial Committee.

She curated and developed the programs series for the Guggenheim Abu Dhabi’s The Creative Act: Performance, Process, Presence (2017). In parallel, from 2014, she has joined and pioneered curatorial initiatives across Art Dubai, where she curated the Residents section (2019) and started the Now series, which looked at non-government funded creative platforms in the region.

She recently served as lead tutor and curator for Campus Art Dubai. Her curatorial solo debut was Bayn: the in-between (2017), the third edition of UAE Unlimited. Later, she curated the Talks Program in Abu Dhabi Art.

In 2020, Al Sayegh premiered The Cup and The Saucer commissioned by Warehouse421 (Sheikha Salama bint Hamdan Foundation), where she has also led in-house public programs.

Netflix’s ‘The Sound of Magic’ talks about childhood innocence, dreams

The Vardy-Rooney clash marks the end of an era, and not before time